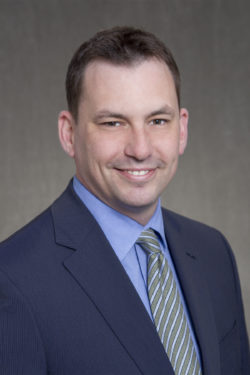 Michael is the chief counsel of the Criminal Justice Division. Prior to his current appointment, Michael served as the Oregon Attorney General’s special counsel on public safety. Michael joined the Oregon DOJ in 2001 as an honors attorney. He spent his first year with the Appellate Division before moving to the Criminal Justice Division where he provided assistance to district attorneys and their staff, and prosecuted a broad array of criminal cases for 11 years. Michael received his B.A. from the University of Oregon and his J.D. from the University of Arizona College of Law.

Programs of the Criminal Justice Division

The Oregon Internet Crimes Against Children Task Force (ICAC) focuses on investigating, prosecuting and preventing the sexual exploitation of children on the internet.

The Organized Crime Division is charged with detecting and combating organized crime, and investigating allegations of public officials involved in corruption or malfeasance. Members of this Section specialize in conducting complex, multi-jurisdiction Racketeer Influenced and Corrupt Organization Act (RICO) » investigations and in utilizing advanced investigative strategies and techniques. The Section also has specialized equipment and trained personnel to conduct wiretap investigations against organized crime groups.