Oregon is Leading the Fight Against Hate 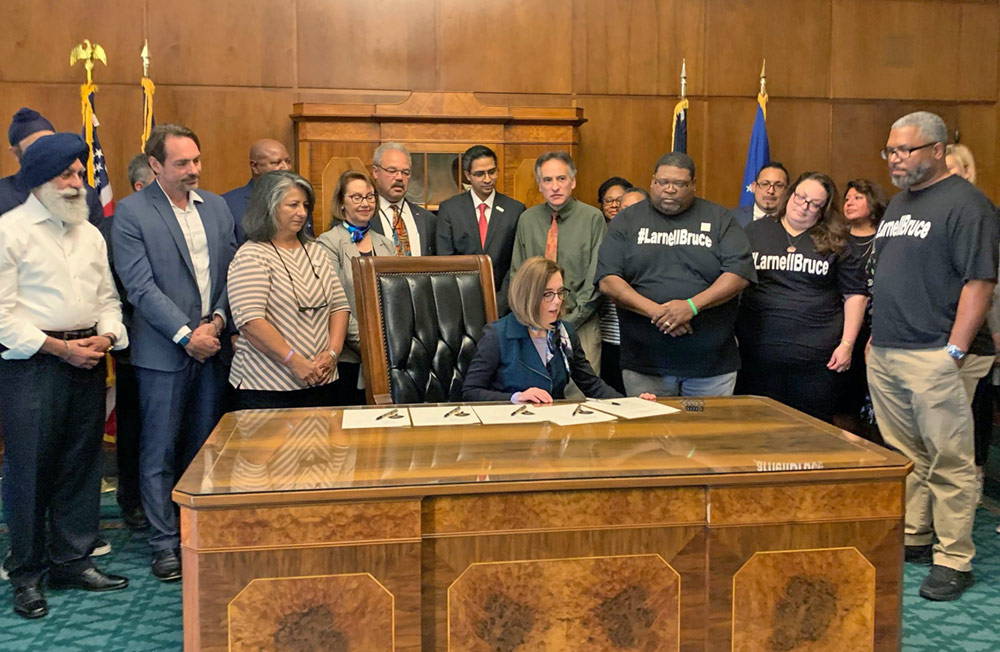 Whether it happened to you or to someone else, we can all help track hate and bias incidents.

You can report to us online any time:

Report a Hate and Bias Incident

This is a reporting and referral service. Reports submitted here may not receive an immediate response, and will not result in an investigation. For emergency assistance, dial 911.

Hate crimes are on the rise, both in Oregon and nationally. It is up to all Oregonians to make sure that everyone is safe in their community.

What is a Hate and Bias Incident?

A hate and bias incident is any hostile expression that may be motivated by another person’s race, color, disability, religion, national origin, sexual orientation or gender identity. The act does not need to be a federal, state or local crime.

Examples of Hate and Bias Incidents

Hate and bias acts can be verbal, physical, or visual. This language and behavior often contributes to, or creates, an unsafe or unwelcoming environment. Some examples include:

Why Should I Report?

While hate and bias incidents sometimes target specific individuals, they often violate an entire group or community’s sense of safety and belonging. Graffiti on the wall, fliers, anonymous emails and language meant to harass individuals convey intolerance that impacts all of us. We want Oregon to be welcoming and inclusive. 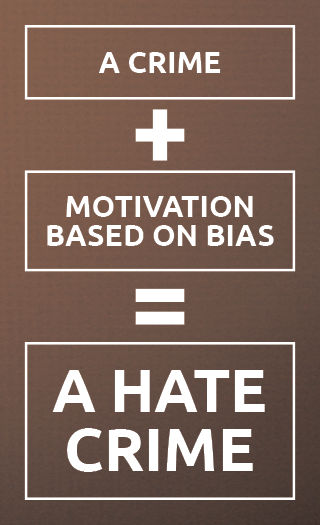 The “Report and Support System” is designed to help us track hate and bias incidents, and where the incident took place. We want to:

If you believe you have been a victim of bias – even if you aren’t sure it rises to the level of a criminal complaint – please report it.

Report a Hate and Bias Incident

How is Oregon’s New Hate and Bias Crimes Law Different?

Focus on the Victim

We’re changing the way we respond to hate and bias crimes by creating a service-driven, culturally competent system of response for all victims.

We’re improving the way we track hate and bias incidents by requiring data collection that includes all levels of bias activity.

We’re modernizing our “Intimidation” statute and calling hate activity what it is: a Hate and Bias Crime. And we’re including gender identity as a protected class.